Welcome to part two of Rear View Print’s Ultimate Track Guide. This week we’ll be examining the home of the Canada Grand Prix; the Circuit Gilles Villeneuve. As we always do, let’s kick off the post with a look at our key infographic.

The Circuit Gilles Villeneuve is located in Montreal, Canada and has been a regular host for various motorsport competitions since 1978. In its history it has been home to the FIA World Sportscar Championship, the Champ Car World Series, the NASCAR Canadian Tire Series, the NASCAR Xfinity Series and the Grand-Am Rolex Sports Car Series. It also hosted Champ Car World Series Grand Prix of Montreal from 2002 to 2006. But, perhaps most importantly, it is the host of the Canada Grand Prix. Since 2013, the venue has been exclusive to Formula One. The track itself is characterised by twisty turns and high speed straights. It’s often considered a staunch test of endurance and braking for the vehicles and drivers. 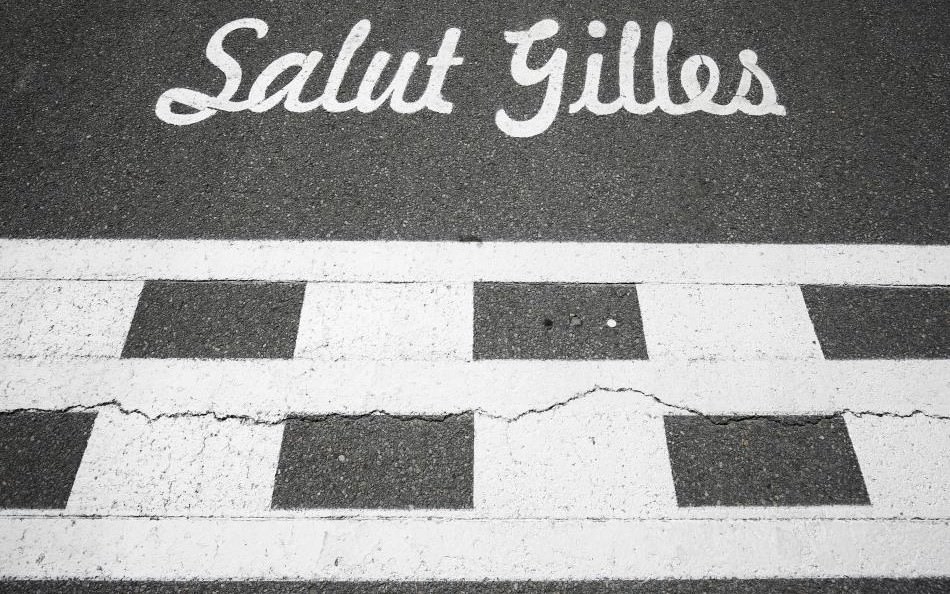 The Circuit Gilles Villeneuve opened in 1978 under the name Île Notre-Dame Circuit. In 1982 it was renamed to Circuit Gilles Villeneuve in memory of Canada’s most legendary driver and father of Jacque Villeneuve, Gilles Villeneuve. It was Villeneuve who came 1st in the podium in the track’s opening year, with Canadian Prime Minister Pierre Trudeau proudly onlooking from a capacity filled crowd. The venue was not always built with motorsport in mind however, before it was converted into a race track in 1978 it was originally made for world fair Expo 67. Post expo, the site struggled to remain relevant for years until it was earmarked for the Canada Grand Prix. The historic track had a year off 1987 for renovations. It was briefly dropped in 2009, until a settlement was reached to get back on the calendar from 2010.

Most Successful Drivers on the Circuit Gilles-Villeneuve 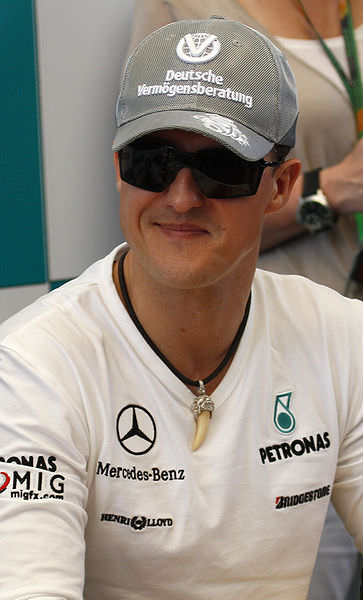 No surprises then as we kick off our most successful drivers section with the legendary Red Baron himself, Michael Schumacher. Schumacher enjoyed consistent success at the Circuit Gilles Villeneuve between the years of 1997 and 2004, racking up 6 of his 7 championship wins as well as the F1’s only sibling 1-2 finish in history, with Michael finishing second to his brother Ralph in 2001. He is by far and away the most successful driver to ever race at the Circuit Gilles-Villeneuve to date. But records are made to be broken. 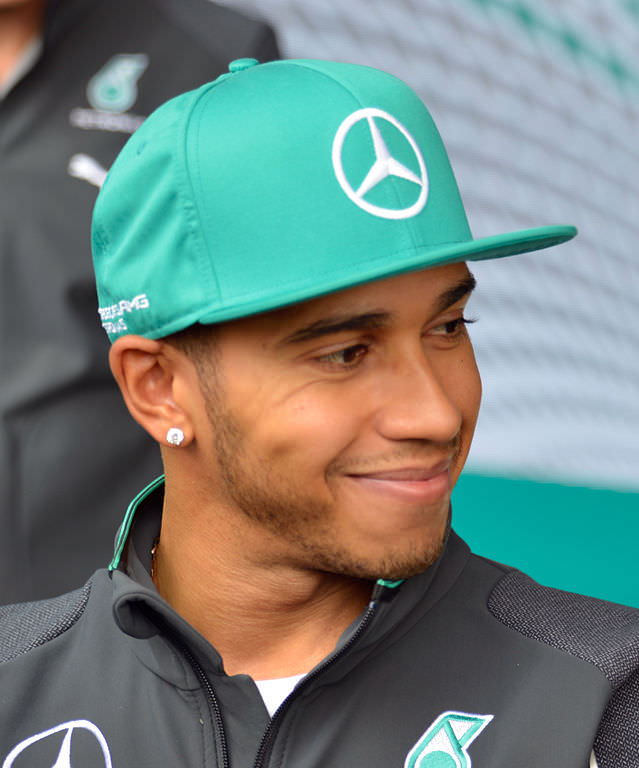 A more modern entry into our successful drivers section, although we suspect this won’t be the last we mention Lewis Hamilton over the course of our track guide series and F1 guides in general. Hamilton has enjoyed a recent dominant spell at the Circuit Gilles Villeneuve, racking up the three most recent wins at the Canadian Grand Prix between 2015 and 2017. He will certainly be looking to add a fourth to that total on June 10th, but will face stiff competition from Sebastian Vettel. 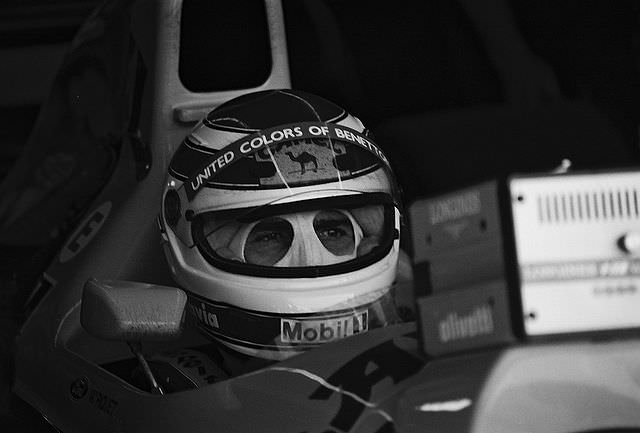 Nelson Piquet narrowly beats out fellow countryman and legend Ayrton Senna for the final entry on our list of most successful drivers at the Circuit Gilles-Villeneuve. Piquet won in 1982, 1984 and 1992. His first win in 1982 almost marked the first ever F1 victory for a BMW engined car. 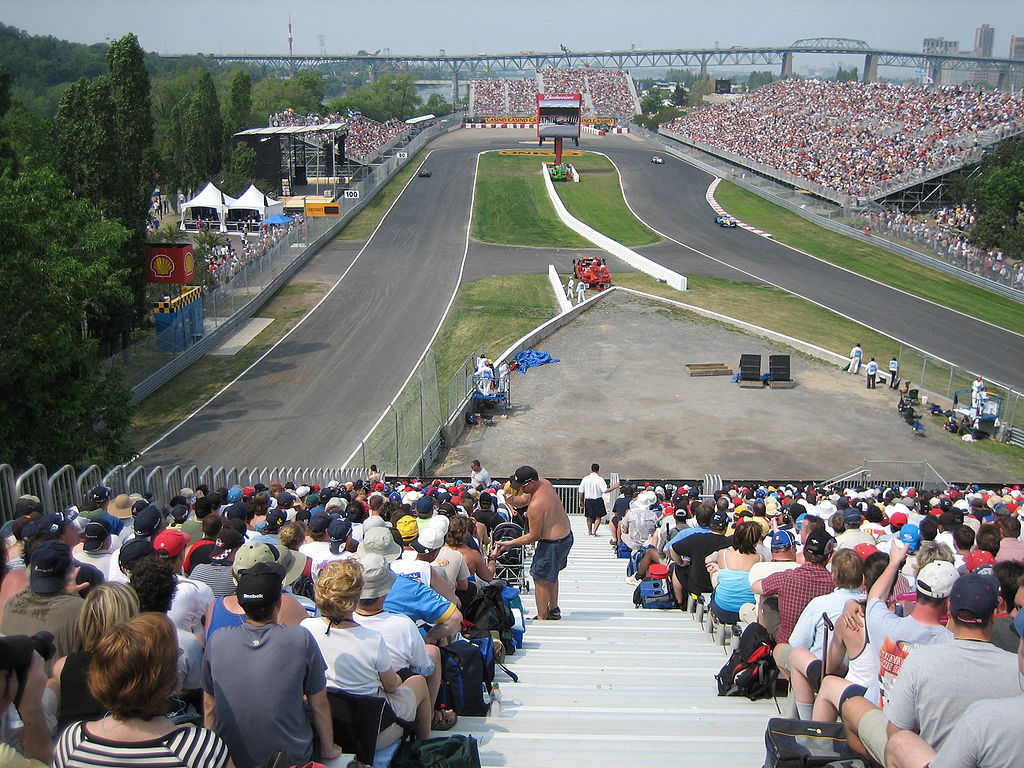 In 1978, the then named Circuit Île Notre-Dame was in its inaugural year as the Canada Grand Prix and would end up delivering one of its most entertaining and emotional races. Gilles Villeneuve cruised to a storybook finish in front of an adoring home crowd and became the first Canadian driver to win at home, the previous record being a decidedly lacklustre 10th. Of course, the track would then go on to be named after the legendary Canadian driver after his untimely death 1982, which makes this moment all the more worth cherishing.

1994 was a sombre year for F1, the sport losing promising rookie Roland Ratzenberger and motorsport legend Ayrton Senna at the San Marino Grand Prix. The sport was still reeling from the double blow which had taken place just six weeks before the Canada Grand Prix, meaning the race at Circuit Gilles Villeneuve took on a decidedly reserved tone. Even still, it was hard not to be excited by the prowess of a young Michael Schumacher who went on to take the win in his eventual first championship winning season, setting the stage for future success to come.

The 2007 Canada Grand Prix at Circuit Gilles Villeneuve turned out to be a historical event, in which Lewis Hamilton became the first black driver to win an F1 race. It also made him the first, and so far the only rookie, to win the Canada Grand Prix. It was the first win of 6 so far for Lewis Hamilton, with the driver warming to the Circuit Gilles Villeneuve as one of his most successful tracks. 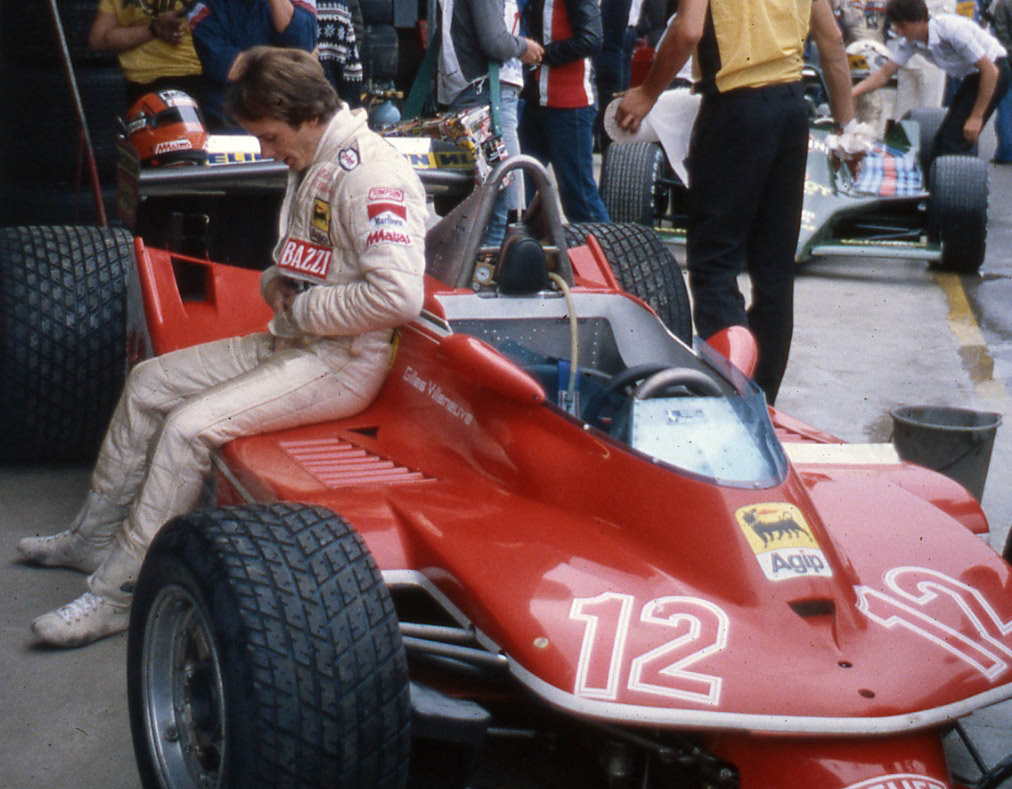 Circuit Gilles Villeneuve and the Canada Grand Prix: In the Driver’s Words

“This is the happiest day of my life,” … “To win a grand prix is something, but to win your first grand prix at home is completely unthinkable.” –  Gilles Villeneuve after his historic home victory in 1978.

“This is history,” …“I wanted to stop the car (on the final lap) and jump out and just do, I don’t know, cartwheels or something.” – Lewis Hamilton after becoming the first black driver to ever win a Grand Prix at the Circuit Gilles Villeneuve in 2007.

“I don’t feel sorry nobody.” – The ever empathetic Nelson Piquet responding to a question from a reporter insisting he must feel sorry for taking the lead from a retired Nigel Mansell.

“This is where I clinched the world championship, where I won two grands prix. I thought the buggers should have got me over here before now!” – Australian race legend and two time Canada Grand Prix winner Alan Jones while working as an FIA Steward at Circuit Gilles Villeneuve in 2015. 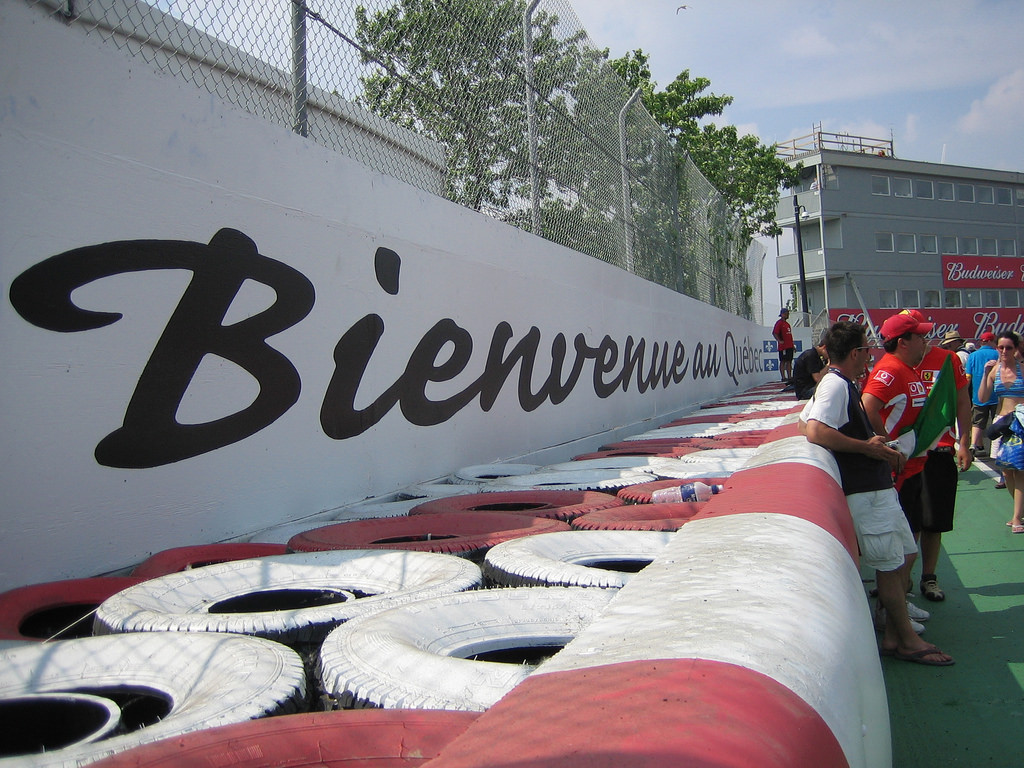 Turn 13 on Circuit Gilles Villeneuve has been dubbed “The Wall of Champions”, due to multiple incidents in which championship drivers have been forced to retire from the race after collisions with the barrier. The list of names the wall has claimed remains long and prestigious, including Damon Hill, Michael Schumacher, Sebastian Vettel and Jenson Button. In recognition of its reputation, the wall now stands emblazoned with the ironic greeting “Bienvenue au Québec.” (Welcome to Quebec).

Speaking of the Red Baron, Michael Schumacher holds the record for the slimmest margin of victory at Circuit Gilles Villeneuve, after beating Ferrari teammate Rubens Barrichello by 0.174s in the year 2000.

Gilles Villeneuve is the only Canadian driver to win at the circuit which is now named after him.

The 2011 Canada Grand Prix holds the record for being the longest race in F1 history, clocking in at 4h 4m 39.537s, including a two hour rain break. Jenson Button eventually won the race in dramatic fashion, going from 21st to 1st on the final lap, passing Sebastian Vettel. 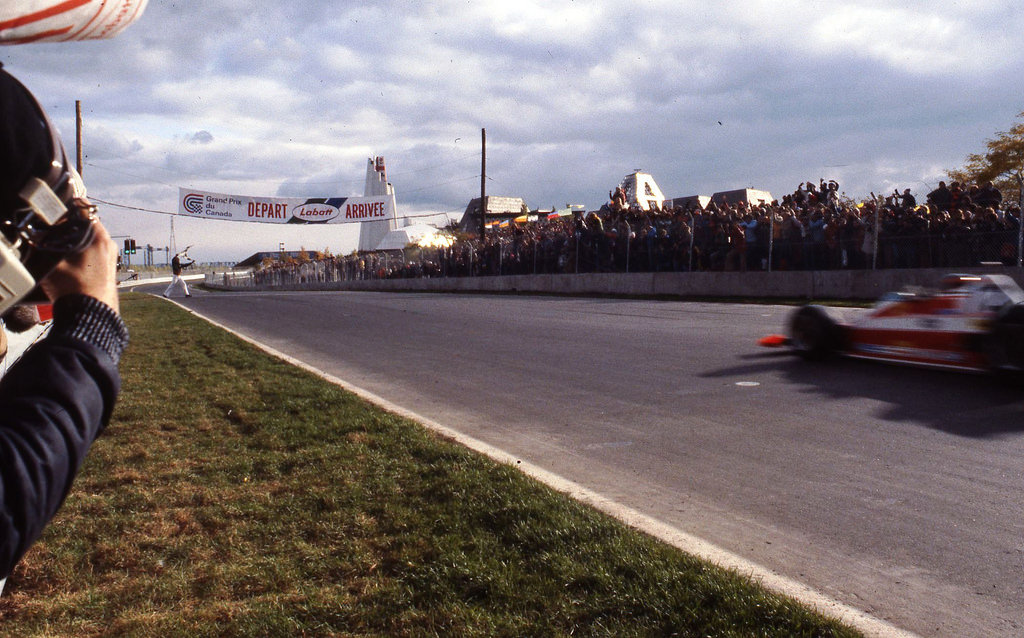 Once again, we hope you’ve thoroughly enjoyed our break down of another one of Formula One’s most famous tracks. Next week we’re taking a quick break from F1 to look into the legendary Le Mans circuit, so if you’re a fan of endurance racing then make sure you don’t miss out. As always, whatever you think of the blog, let us know on twitter, facebook or instagram. Don’t forget, if you’re a particular fan of the Circuit Gilles Villeneuve you can grab our bespoke print here, a fantastic tribute to the track and exclusive to Rear View Prints. If you’re still not satisfied and are thirsting for more car content, check out how you can get 12 TOTALLY FREE wallpapers for your phone, tablet, desktop, laptop or whatever gadget you desire! Available below right now! See you next time.