Best Rally Drivers of all Time

Over the years the sport of rally racing has been dominated by a range of different drivers and personalities. Although never reaching the heights of popularity that Formula 1 has achieved, it still managed to create celebrity personalities in the likes of the late Colin McRae and the Flying Finn Tommi Makinen. But who goes down as the best of them all? Over the course of rally’s long and prestigious history, which icons stake a claim for the best rally drivers of all time? That’s exactly what we’re going to discuss and dissect in this week’s Rear View Prints’ blog. We’re going to leave the impossible question of who’s the best to you guys, but without further ado, here are the candidates! El-Matador himself, Carlos Sainz holds the record for most WRC starts along with an impressive 26 WRC wins and 96 podium finishes. Sainz raced for a range of rally manufacturer royalty including Lancia, Ford, Subaru, and Citroen. However, it was Toyota where he enjoyed his main success winning two WRC titles in 1990 and 1992 while driving a Celica GT-Four, and a Celica Turbo 4WD respectively. Even though his overall record is one of success and prestige, one of his most memorable moments in the sport of rally was an unfortunate incident of failure. It was in 1998 when he was 300 metres away from winning his third driver’s title when the Toyota he was driving failed. Despite this, Carlos Sainz Sr still more than deserves a spot on a list of the best rally drivers of all time. 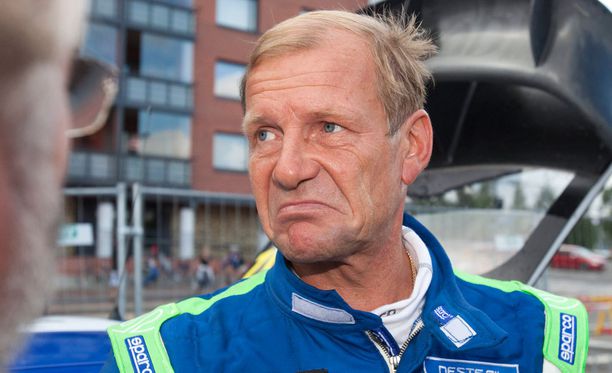 One of many Flying Finns to dominate the sport of rally racing, there was lots about Juha Kanukken that makes him a shoo-in on a list of the best rally drivers of all time. Where do we begin? Well firstly, he was really bloody fast. No seriously. 700 singular times in his career he finished a stage as the fastest driver out there. He has 4 WRC wins from a total of 162 starts, in 1986, 1987, 1991 and 1993 respectively. Impressively, he won for three different factory teams as well. Peugeot, Lancia, and Toyota. If that’s not enough for you, he has a fantastic mustache too, which counts for something, at least at Rear View Prints. 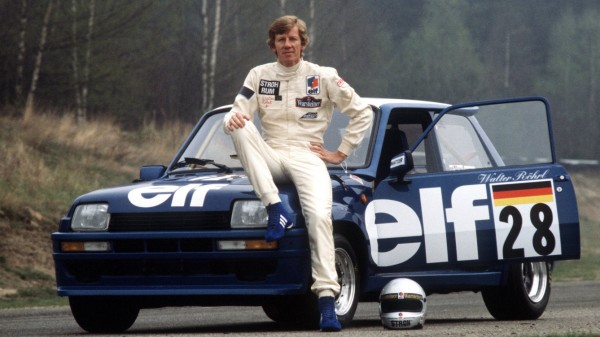 Considered one of the godfather’s of the golden age of rally racing, he’s easily one of the first names that spring to mind when thinking of the best rally drivers of all time. We hate to be cliche but driving characteristically true to his German nationality Walter Rohrl was painstakingly efficient behind the wheel. A true perfectionist of a professional rally driver admired across the sport by many. Rohrl has won the WRC twice in his career, in 1980 and 1982. Perhaps his most admired moment came behind the wheel of an RWD Opel in his WRC winning season of 1982, where he was able to prove that sometimes good ol’ driving intelligence and prowess can beat out the might of new age power and machinery, leaving the new AWD Quattros in the dust. 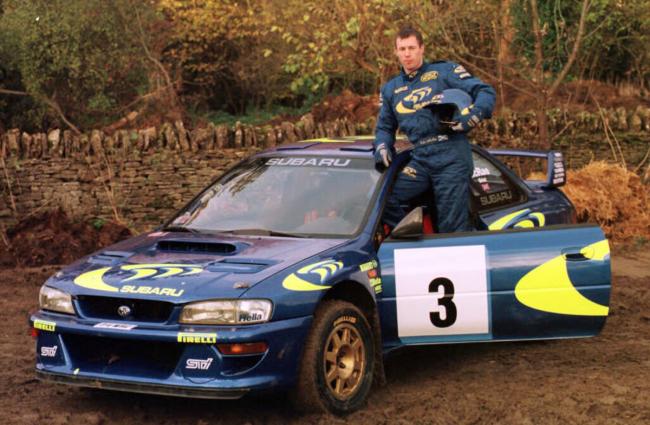 Knowing that one of Colin McRae’s early nicknames was “McCrash” gives you some insight into the Scotsman’s driving style, but only tells half the story. As his career progressed, he learned how to channel his wild driving style into a focused discipline, making him one of the most exciting rally drivers in the world to watch. His sole WRC win came in 1995, which doesn’t fairly reflect his talent considering he was only 27 at the time. Long after his tragic death, his 555 Subaru Impreza has been immortalised in the world of rally racing and his personal motto rings out across the famous rally courses across the world. “If in doubt, go flat out”. 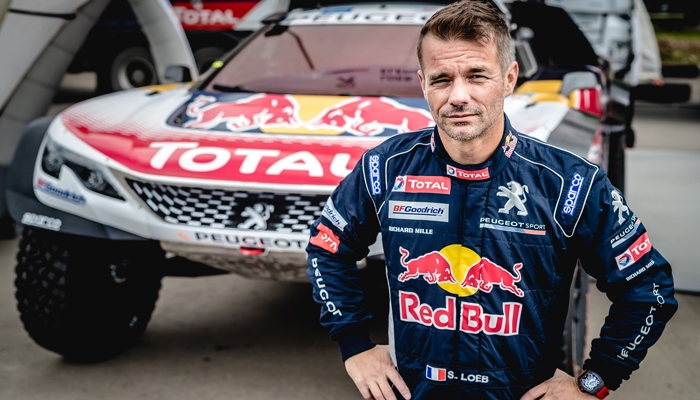 If Rally car racing was a question of maths, Sébastien Loeb would probably be undeniably considered the best rally driver of all time. That’s not to say that that isn’t a fair opinion. It’s just there is more to consider than mathematical sequences. But, it’s impossible to deny that sometimes the numbers speak for themselves. Like one old auteur in music once said. “Men lie, women lie, numbers don’t”. Sébastien Loeb has a mindblowing 917 WRC stage wins and 9 WRC titles. Those 9 WRC titles were consecutive by the way, all the way from 2004 to 2012. That’s 1 of a few records he holds in WRC, as well as most event wins, most podium finishes and the aforementioned most stage wins. It would be unthinkable that Loeb’s numbers would ever be challenged, that’s until you meet the next guy on the list. 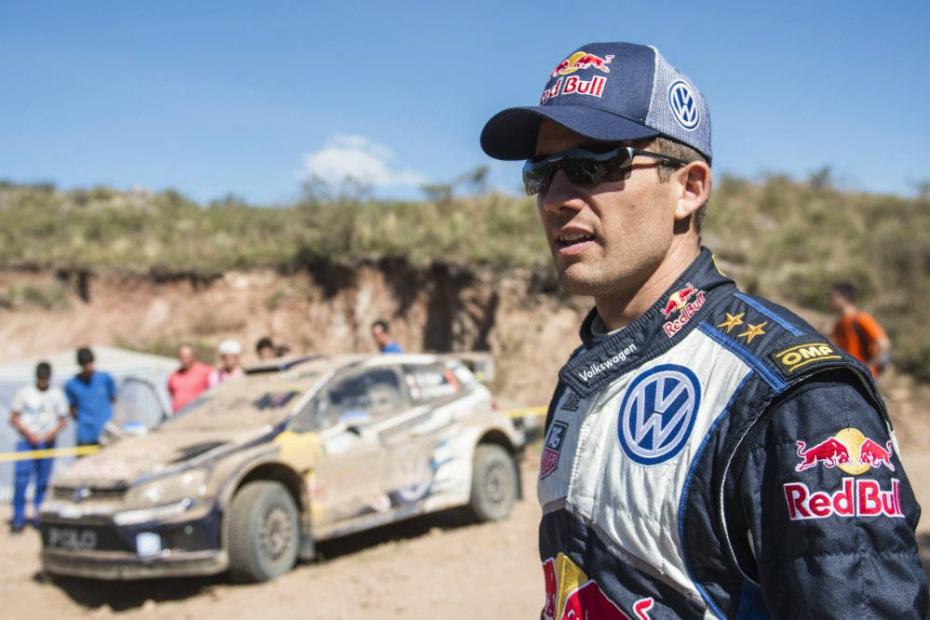 A lot of people say that Sébastien Ogier is the beneficiary of the right cars at the right time, but to completely count him out of the debate of one of the best rally drivers of all time would be quite frankly, dishonest. Firstly, remember that 9 consecutive WRC win streak we just spoke about by Sébastien Loeb? Well, Ogier still has some ways to go but he does currently hold an astonishing 6 consecutive titles which is seriously not easy in any sport, let alone rally car racing. Other pluses in the column for Sébastien Ogier include getting the better of a serious team-mate in Latvala, and helping build a championship quality team. 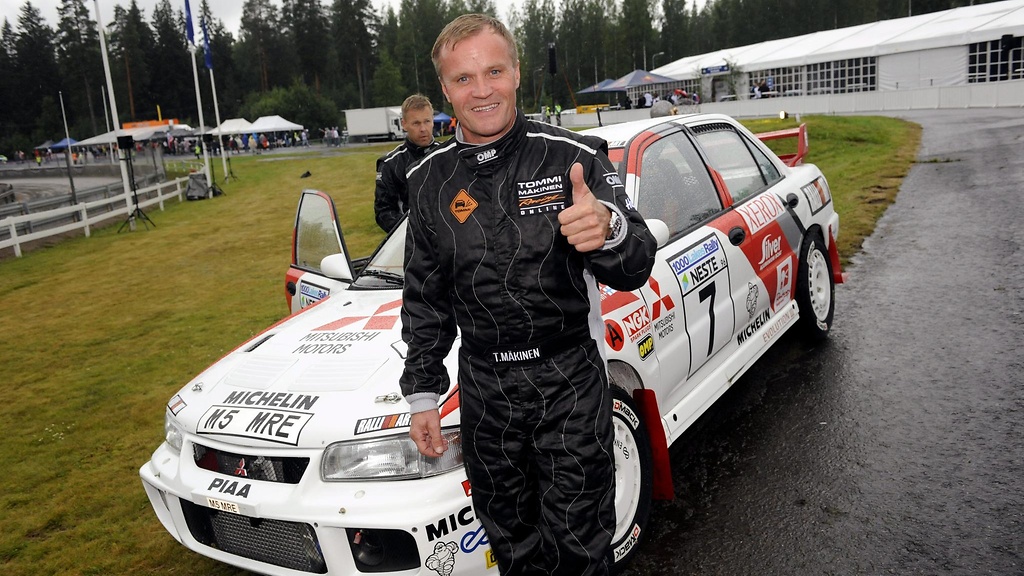 There are a few things that come to mind when one mentions Tommi Mäkinen. Firstly, his knack of winning and his 4 consecutive WRC titles, which is still impressive even in the days gone by of Sébastien Ogier and Sébastien Loeb. Secondly, that beautiful Mitsubishi Lancer Evolution. As iconic as the triple 5 Subaru, perhaps even more so. It’s one of the few images in the sport that transcended WRC and became widely known across the globe and adored by auto-enthusiasts all over. When it comes to the Flying Finns, he’s jointly the most successful with the aforementioned Juha Kankkunen, and he had some stiff competition to beat out in the category. 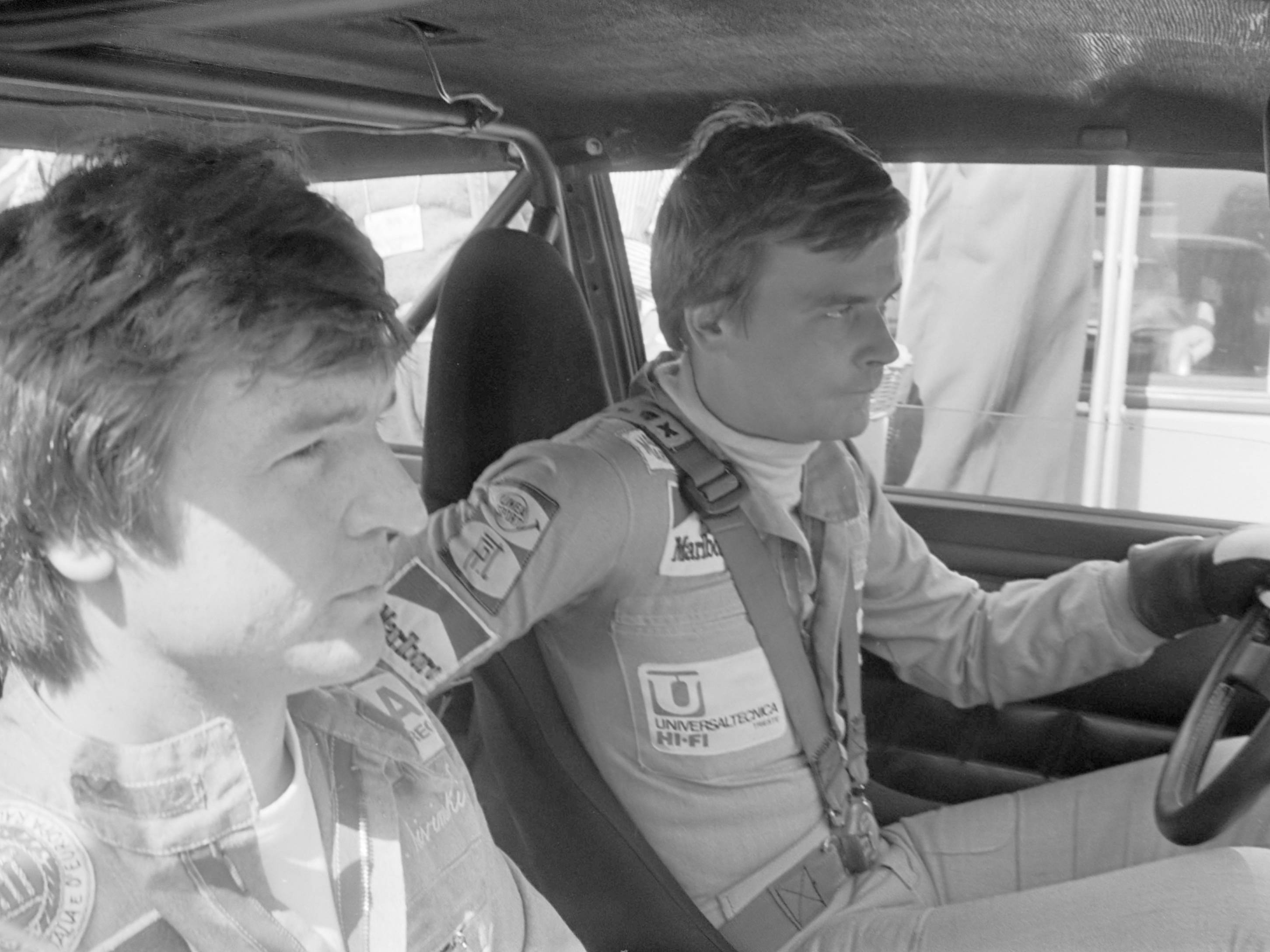 The only inclusion on a list of the best rally drivers of all time who never actually won a WRC, which is a travesty considering this Flying Finn’s talent. He holds an extraordinary record of 801 stage wins (or 821, depending on who you ask) and was a real Group B legend. Perhaps even more gut-wrenching for Markku Alén was that he was at one point crowned a world champion in 1986. It only lasted 11 days, until Peugeot’s appeal was accepted and the results of Rallye Sanremo, which Alén had won, was annulled, bringing his short-term dreams to an end.

That’s the end of Rear View Print’s take on the best rally drivers of all time. What do you guys think? Are there any glaring names missing from the list? Feel free to drop us a line on Instagram,  facebook or twitter! We will be getting more glorious rally prints in stock soon, so please keep an eye out. In the meantime, check out our popular Group B art and consider making it yours! Next time RVP dusts off the magazine and blog, we will be delving back into F1 and exploring some of the greatest cars of the sport. We hope you look forward to it. Take care!