Best Motorcycle Racer of All Time

Hi, loyal Rear View Prints readers! You may have noticed a slight pivot in content this week for our blog, namely switching from four wheels to two! We are looking to broaden our work to be more inclusive of motorsport overall, and that includes Moto GP! Look forward to some special Moto GP prints coming in the near future, as well as some more blogs for you to read and hopefully enjoy. Never let it be said that at Rear View Prints we cower from asking the real questions, and that’s why we’re kicking off our first piece of Moto GP content with a big one. Who is the Best Motorcycle Racer of all time? As always we’re going to put out a list of names below in no order, and you can decide who prevails. Feel free as always to shout at us if we miss out your fav. So without further ado…

“Mike The Bike” was his nickname, but the truth is this British legend was adept and versatile enough to excel at driving almost anything. He competed in F1 in the 60s and 70s, and also managed a very respectable third place finish at the 1969 Le Mans, driving a Ford GT40. His main success though came quite clearly in Moto GP racing. He retired in 1979 with 76 Grand Prix victories, 112 total Grand Prix podiums, 14 Isle of Man TT wins and an excellent total of 9 World Championships. He died tragically in 1981 in a car crash but is remembered worldwide as a legend and easily one of the best motorcycle racers of all time.

The Italian maestro, affectionately known as Valle throughout the sport, has one of the biggest claims to be the best motorcycle rider of all time. He is utterly prolific; being the only rider in the history of the sport to have won the World Championship in 4 separate classes (125cc (1), 250cc (1), 500cc (1) and MotoGP (7). At 40 years old he is still racing today, with his most recent season finishing third with 198 points, 124 points behind winner Marc Marquez. His longevity is unquestionable, and his legend in the sport is undeniable. He currently stands at 115 career wins and 9 championship victories. Not bad, eh?

5 consecutive 500cc world championships. 54 wins total. 95 podiums. Impressive numbers by anybody’s standards, but more so for Doohan who dealt with injury concerns throughout his career which surely stopped him from achieving his true potential. Despite this, he is still an easy lock for a list of best motorcycle racers of all time for multiple reasons. The Australian keeps elite company with his 5 premier class titles, with only Valentino Rossi and Giacomo Agostini achieving more. He also achieved the second most wins in a season with 12 victories, which only recently Marc Marquez has managed to 1 up.

Rainey’s story in motorcycle racing is tragic as much as it is compelling. He was forced to stop racing after a crash in the Italian Grand Prix in 1993 which rendered him paralyzed from the chest down. Before then, he was noted for his surgically smooth racing style and great success on the tarmac. He obtained 24 wins and 65 podiums and surely would have gone on to win many more if not for his terrible accident. He’s still widely considered one of the finest American racers of all time, and always mentioned in the conversation around the best motorcycle racers of all time.

Statistically, there is none more dominant than Ago in the sport of motorcycle racing. His record of 122 Grand Prix wins and 15 World Championships titles is matched by no one in the sport, and it is likely to remain that way for a while. He stands in prestige as a legend and ambassador for the sport and is widely considered one of the, if not the best, motorcycle racer of all time. A minor miracle then, considering his father begged and pleaded with him not to pursue a racing career. Thank goodness he clearly had a rebellious streak.

The youngest rider to win a Moto GP premier class championship and the first American to win a 500cc world title. Kenny Roberts has alluring legend status in the sport of motorcycle racing and it’s not difficult to see why. It’s not the win statistics and glory that made Kenny so admired, although he did have plenty of that to celebrate with 24 wins and 3 championships. It was, in fact, his influential riding style, and in particular one of the staple cornering methods of his knees extending while hanging off the bike, which became a real catalyst for a change of style in GP motorcycle racing.

Marc Marquez is only 26 years old, which seems unfathomable considering what he has already achieved in motorcycle racing. The Spanish talisman has 7 championships, including 3 consecutive ones between 2016 and 2018, and 73 wins overall. An absurd record for somebody so young, his impression and legacy on the sport is firmly cemented. Time will tell whether he will prove the longevity of some of his peers like Valentino Rossi, but if he continues at his current rate, the sky is the limit for what this young racer can achieve.

Stoner is not as decorated as some of the other racers on this list, but that’s not what earns him a spot in the discussion of the best motorcycle racer of all time. Stoner’s talent stood out in his ability to push machinery to the limit and yield the best out of bikes that were considered inferior mechanically. He retired in May 2012, citing the fact he was no longer enjoying motorcycle racing. It was a general consensus from fans and analysts alike that if he had stayed in the sport and had raced for a better manufacturer than Ducati, he’d have had far greater success than his two championships and 45 wins.

Despite a considerable drop off in recent years, including his first winless season in 2017, Lorenzo still deserves a shout on a list of the best motorcycle racers of all time. His current record stands at 68 wins and 5 championships overall, which is even more impressive considering he competed regularly against the likes of fellow countryman Marc Marquez and the legendary Valentino Rossi. Although the former seems to have toppled him off his throne, he is still much loved in his native country and around the sport in general.

That’s it for our first ever two-wheeled version of the Rear View Prints blog. We hope you enjoyed the read, and as mentioned before, be on the lookout for some fantastic Moto GP prints coming your way soon. In the meantime, leave us a comment below or drop us a line on twitter, facebook, or Instagram. Until next time! 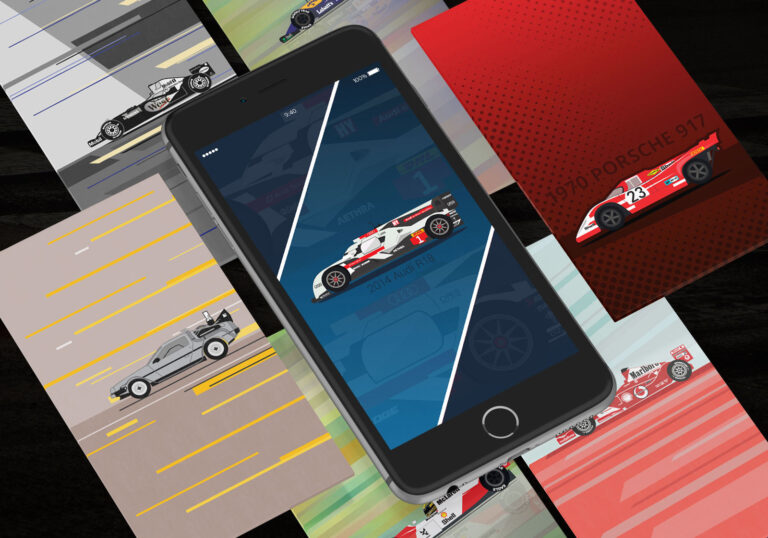